We’ve been here for almost 2 1/2 months.  I like it mostly but am still getting used to it. It’s more hard-core city than I am used to. It makes me miss Kailua, I felt a lot safer there than I do here. So many homeless people, it’s sad.  We live close to Fremont, DTLV and not far from the strip.  People don’t get up early here and it gets dark at like 4:30pm.   I have yet to drive, serious maniacs on the road, it’s really quite unbelievable.  Like, say I’m in the middle lane and miss a left or right turn I was supposed to make, I would stay in my lane till it was safe to get over and turn around. These motherfuckers will just turn, it doesn’t matter if there’s someone in the lane next to them.  They’ll cut you off so they can get to wherever they are going.  Dog eat fucking dog.  I hate that.  People just straight up use their cell phones, they don’t care who can see.  Some asshole honked at me when I was in a marked crosswalk with lights flashing.  Most cars have a broken tail light. I heard jaywalking was $50 per lane, you’d be surprised because these fuckers cross anywhere, anytime.  I’ve yet to see someone gets ticketed for it, but the police have bigger fish to fry, I am sure.

I do like that we are close to everything.  Money goes so much further here it’s crazy.  We have a 99 cent store down the street that I like, that place is bizarre.  Every time I go there something very strange happens. People watching on Fremont is fun, I see so many different types of people.  I like the dispensaries.  It’s nice to not be sweating 24/7 and everything isn’t damp all the time.  The sun is practically always shining and it hasn’t rained since we moved here.  Those are all good things to me.

New Year’s Eve should be fun. I read that security is going to be crazy on the strip so we’ll probably leave here early in the afternoon. No bags, no strollers.  Snipers on rooftops.  We are going to Mandalay Bay, House of Blues and not sure if we are driving 1/2 way and taking the monorail or bussing it.  Either way, it’ll be an interesting evening. 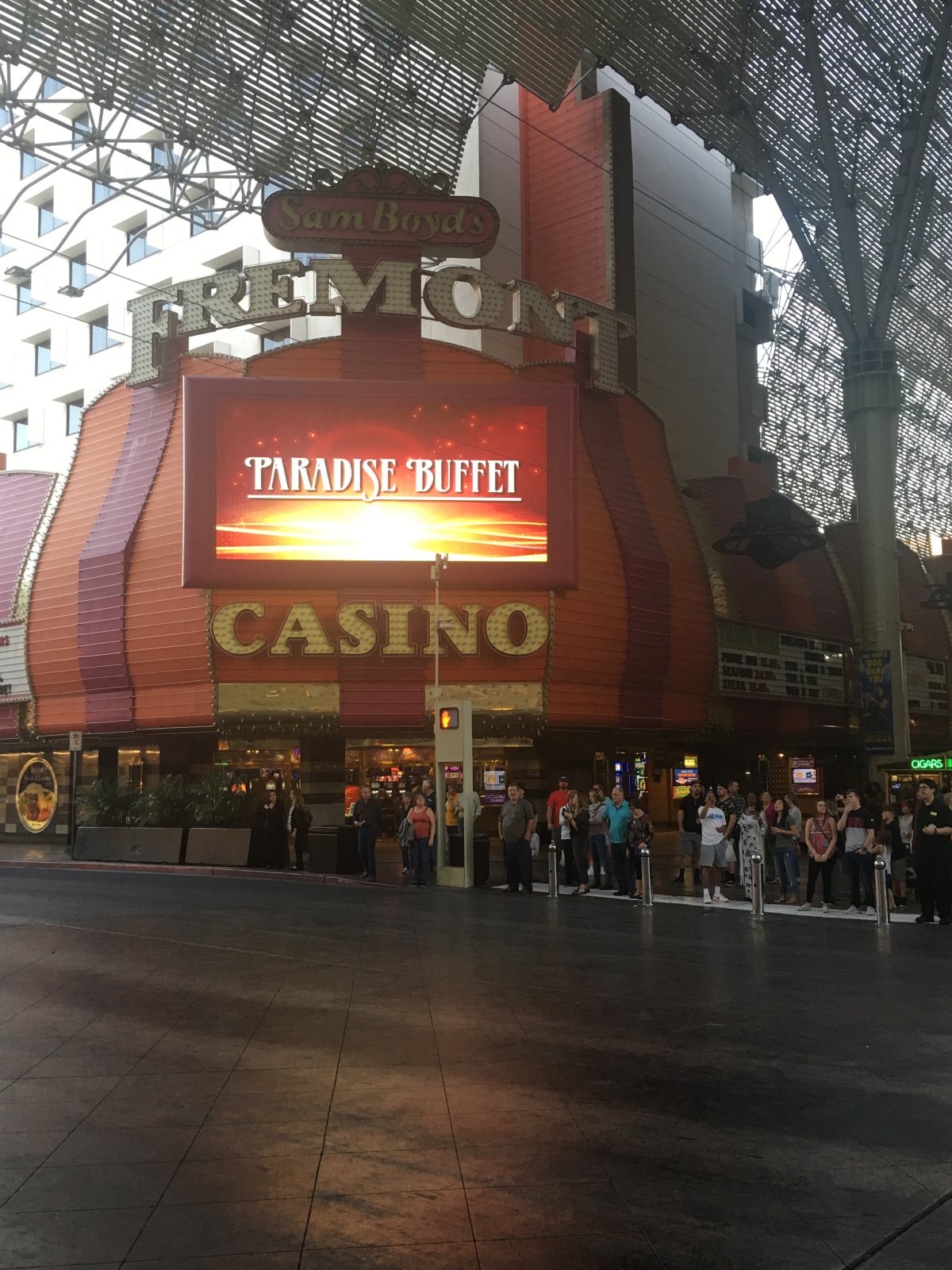